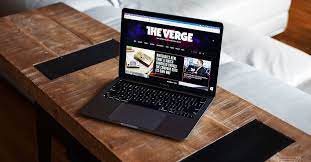 News Tech: You can replace the logic board or Touch ID sensor on a MacBook Air or MacBook Pro with a $49 rental kit. Apple has included MacBook Air and MacBook Pro notebooks with the M1 processor to its DIY repair programme. When the programme launches tomorrow, you’ll be able to buy genuine parts from Apple’s Self Service Repair Store for the 2020 M1 MacBook Air, 13-inch MacBook Pro, and the 14- and 16-inch 2021 M1 MacBook Pros.

But Apple says it plans on expanding the repair types in the future and will also extend the program to more Mac models “later this year,” such as the M2 MacBook Air, iMac, and Mac Studio Display. If you don’t want to buy the tools required to make the repair, Apple says you can rent a kit for $49, and according to TechCrunch, the set should be much smaller than the 79-pound unit Apple ships people to fix their iPhones.

This expands on the repair program Apple launched earlier this year, which initially included parts for the iPhone 12 and 13, such as the display, battery, and camera. While the program is currently only available in the US, Apple plans on bringing it to Europe next. Apple’s making a number of MacBook parts available to start, including the display, top case with battery, Touch ID, and trackpad. According to TechCrunch, prices for parts vary widely — it could cost $5 for screws, $29 for speakers, and about $580 for an entire logic board.

Apple’s press release didn’t go into detail about the actual process, but being able to swap out a Touch ID module or logic board at home means that, just like authorized repair personnel, it will need to be serialized, either with a tool or by Apple before the parts are sent. Lincoln’s new concept car is an autonomous EV that runs on vibes. I imagine to replace your TouchID sensor, they will install a state-of-the art, sterile factory room in your apartment and after you’re done microsoldering the new sensor on you mac, they will remove it all again.