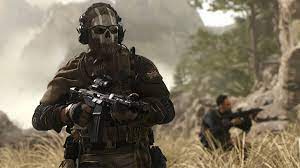 News Tech: PlayStation CEO Jim Ryan has labelled Microsoft`s offer to keep Call of Duty on the platform “inadequate on so many levels.” Both Ryan and Xbox CEO Phil Spencer — the biggest gaming executives — are hashing it out in public, in regards to Call of Duty’s multi-platform agreement. Speaking to The Verge last week, Spencer stated that Xbox is committed to keeping the shooter on PlayStation for “several more years.” But in an interview with GamesIndustry.

While initially, players were worried about Call of Duty getting hard-locked to Xbox, that fear subsided when Spencer claimed that the agreement would last “several more years.” “I hadn’t intended to comment on what I understood to be a private business discussion, but I feel the need to set the record straight because Phil Spencer brought this into the public forum,” PlayStation CEO Ryan told GamesIndustry.biz. It turns out that Microsoft has only offered to keep Call of Duty on the PlayStation for three years after the current deal between Activision and Sony ends.

Playstation boss Ryan clarified that the deal only lasts three years. Following the CMA’s (Competition and Markets Authority) phase one investigation into Microsoft’s $68 billion (about Rs. 5,41,800 crore) buyout of Activision Blizzard, Spencer confirmed in a blog post that Call of Duty would be joining Xbox Game Pass. In addition, the franchise was also touted to honour a same-day launch on the PS4 and PS5, noting that Sony was an important part of the gaming industry.

An ongoing deal includes PlayStation users getting early beta access to Call of Duty: Modern Warfare 2 Remake. The beta will begin on September 18th, a week before it becomes accessible to Xbox and PC players. “After almost 20 years of Call of Duty on PlayStation, their [Microsoft] proposals fell short on many levels and didn’t consider the impact on players. We want PlayStation players to receive the highest quality We want to continue to ensure the Call of Duty experience, and Microsoft’s proposal undermines that principle.

How to Turn Off Windows 10 Laptop screen

How to Enable Nearby sharing on Windows 11

How to Enable or Disable Remember apps in Windows 11