See also  Valkyrie Elysium is coming to PS4 and PS5, official launch trailer
More
HomeNewsTech NewsOppo K10x can be seen on the seller's website; Details and...

Oppo K10x can be seen on the seller’s website; Details and September 16 release date announced 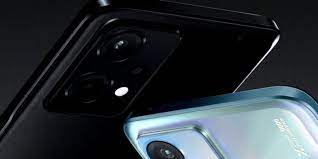 News Tech: According to JD.com’s listing, the Oppo K10x 5G is expected to launch in China on September 16th. A listing of the handset on the online retailer’s website does not reveal the phone’s price but does mention some key specs of the upcoming Oppo smartphone.The Oppo K10x 5G has a refresh rate of 120 Hz It features an LCD display and a selfie camera punch hole in the upper left corner. Equipped with a 64-megapixel triple rear camera. Additionally, the phone was spotted on a benchmarking website before its debut in China.

Whether the Oppo K10x will be launched in global markets, including India, is also yet to be announced by the Dongguan-based smartphone brand. Tipster Panda is Bald also shared some of the specifications of the upcoming Oppo K10x via Chinese microblogging site Weibo. The handset comes with a 6.59 inch LCD display. On the back, there’s a 64-megapixel main camera, said to be paired with two 2-megapixel rear cameras.On the front, we’re likely to see a 16-megapixel selfie camera. According to the informant, the Oppo K10x is 8.5mm thick and weighs around 195g.

According to online retailer, the Oppo K10x will go on sale in China on September 16th. The specifications of the upcoming smartphone have also been posted on the online retailer’s website. The Oppo K10x features an LCD display with a refresh rate of 120Hz. It also features a hole-punch cutout for the selfie camera in the top left corner of the touchscreen. The Oppo K10x is powered by the Qualcomm Snapdragon 695 SoC. The phone has a 5,000mAh battery and supports 67W fast charging. The company has yet to announce pricing for the phone.

An Oppo smartphone was also featured on the benchmarking website Geekbench under the model number PGGM10. Gizmochina reports that the list belongs to his Oppo K10x. The Geekbench website suggests that the handset will come with 12 GB of RAM. This listing suggests that the phone will be able to run Android 12 out of the box. According to the benchmark website, the smartphone’s SoC operates at a base frequency of 1.80 GHz. According to the list, the Oppo K10x scored 3,231 in single-core performance and 8,120 in multi-core performance.

How to Hide Drives on Windows 11

In this article, we'll show you how Vertical taskbar settings in Windows 11. After...
Blogs

Hello everyone, in this article we will show you how Install iOS 16 Public...
Blogs

Hello everyone, in this article we will tell you how to do it Disable...
Business

News Tech: Hours later, the man with the obvious limp returned and took...

In this article, we'll show you how Vertical taskbar settings in Windows 11. After...
Blogs

Hello everyone, in this article we will show you how Install iOS 16 Public...
Blogs

Hello everyone, in this article we will tell you how to do it Disable...
Business

Jessica Simpson is content to ‘cash in’ on weight talk

News Tech: Jessica Simpson is content to “profit off” the discussion surrounding her...