More
HomeNewsTech NewsMillions of people's old Samsung phones will get a shocking and possibly... 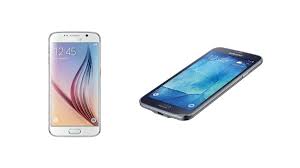 News Tech: Although it’s advised to only use phones that receive regular security upgrades, it’s common for users to keep their devices past the point at which the software is no longer supported. Vendors occasionally release updates for unsupported devices, usually to fix serious vulnerabilities. Samsung appears to be doing this right now for a variety of outdated phones. By Android standards, Samsung is outperforming in the software department. Up to five years of security support and four operating system updates will be provided for some of the best recent Samsung smartphones.

If you are still using a device that in smartphone speak is ancient, you are living on the edge. Samsung rolled out an update for the discontinued and unsupported Galaxy S7 and S8 and 2015’s Galaxy J7 some days back to fix GPS. A few days later, the Galaxy Note 8 also received a surprise update to help with GPS.

The oldest Galaxy phones that still receive monthly updates are 2019’s Galaxy Fold and Galaxy Note10, and early 2020’s Galaxy S10 Lite. Devices older than that, such as the Galaxy S10 and 2018’s Galaxy Note 9 get quarterly updates, and a bunch of mid-tier devices released between 2018 and 2019 get biannual security updates. So, loosely speaking, the cutoff is 2018, though this mostly only applies to flagships.

Dutch site Galaxy Club reports (via SamMobile) that Samsung is now sending out updates to even more old and abandoned phones, including 2015’s Galaxy S5 Neo, 2014’s Galaxy Alpha, the Galaxy S6 series, and the Galaxy A7 (2018). No prize for guessing that the update brings fixes for GPS connectivity and stability. The urgency with which the company is deploying updates appears to suggest there might be more to this, such as a security vulnerability that needs to be dealt with quickly.

Convert DMG to ISO on Windows and Mac

Remove Chrome Managed by Your Organization

How to Disable Print Spooler on Windows 11/10