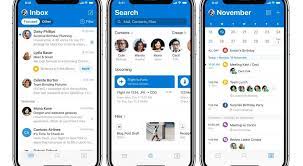 News Tech: Most of them can be avoided by free users by using Focused Inbox. In recent months, Microsoft has increased the amount of advertisements in Outlook mobile for iOS and Android. Users of the Outlook mobile app can choose between a single inbox that contains everything and a tabbed inbox divided into two categories: “focused” for important mail and “Other” for everything else. Microsoft used to only display advertising to paid users in the “Other” tab, but it is now also doing so in the single-inbox mode.

Microsoft confirmed the change to The Verge. “For free users of Outlook, ads are shown in their inbox and they can choose to enable the ‘Focused inbox’ feature if they would like to see ads only in the ‘Other’ inbox,” says Microsoft spokesperson Caitlin Roulston in a statement. The ads appear at the top of an inbox and look confusingly like real emails, similar to how both Microsoft and Google display ads inside the web versions of Outlook and Gmail. You can swipe to delete the email-like ads, but they’ll soon reappear, and opening one will display advertising content within an in-app browser.

Nobody likes ads, and Outlook mobile users have left numerous one-star review complaints for the app on Apple’s App Store. Some on Twitter and Reddit have also been expressing their frustration over more ads appearing in Outlook mobile, but the only way to now avoid them fully is by subscribing to Microsoft 365.

Specify Deadlines For Automatic Updates And Restarts In Windows 11

Hello everyone, in this article we will show you how...