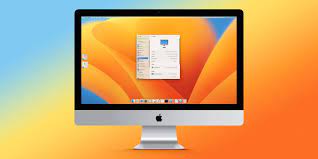 News Tech: Several vintage Macs, including the cherished “trash can” Mac Pro and the very first MacBook Pro with Touch Bar, were officially decommissioned when Apple unveiled macOS Ventura in June at WWDC 2022. However, a team of programmers has been working on a technology that will let users to run macOS Ventura on Macs that are not officially supported. An application called “OpenCore Legacy Patcher” (also known as “OCLP”) enables older Macs to run macOS Monterey and Big Sur without receiving official support from Apple. The programme is based on Hackintosh, a well-known technique for running macOS on standard PCs. Hackintosh uses the same OpenCore bootloader as the tool.

For example, macOS Monterey dropped support for most Macs released between 2012 and 2014 that use third- and fourth-generation Intel CPUs. However, macOS Monterey still officially runs on the 2013 Mac Pro and 2014 Mac mini, which are also equipped with older Intel processors. This makes it easier for developers to modify the system to run on Macs no longer supported by Apple. As for macOS Ventura, it no longer supports any Macs with Intel CPUs older than the seventh generation, and for this reason, Apple has removed most of the drivers used by these older Macs. This includes drivers for non-Force Touch trackpads, Intel Ethernet controllers, Nvidia GPUs, and more.

The developers behind OCLP told ArsTechnica that supporting macOS Ventura won’t be easy, but that the team has already “made progress in some crucial areas,” which should allow owners of some older Macs to keep them updated for a bit longer. It’s worth noting that tools like this have been around for years, ever since the PowerPC era of Macs. But how exactly do these tools work, and what’s the challenge with macOS Ventura? The thing is, in the past when Apple discontinued some specific Mac model with a new version of macOS, that version usually still ran on other Macs that shared the same CPU as the discontinued Mac.

The latest version of macOS, which is yet to be made available to the public, also requires CPUs with the AVX2 instruction set, as well as a new version of Metal that doesn’t work with older GPUs. Still, the OCLP developers have made some progress. The team was able to run macOS Ventura without AVX2 instruction support thanks to old system files that are still part of the Rosetta 2 technology, which emulates features of an old CPU to run Intel apps on Apple Silicon Macs. Some older drivers have also been ported to run on macOS 13.

How to Change Sound Volume in Windows 11

Take a screenshot on the Samsung Phone

In Science and Space: Lloyd’s, in collaboration with the Lloyd’s Market Association (LMA),...

Hello everyone, in this article we will show you how Back up your iPhone...