More
HomeNewsTech NewsBTW, I recommend using Arch. And reasons to think about using... 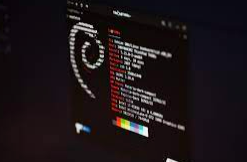 News Tech: You may have noticed that the image above displays a run of the well-known neofetch programme if you are familiar with Linux systems. It does not, however, match the title of the article, thus something is wrong. Debian’s logo appears on the left instead of Arch’s. You have undoubtedly used a Linux distribution previously, if you noticed, which is wonderful. I’d say you’re already an experienced Linux user if you even got a bit irritated and were on your way to make a correction comment.

Choosing a distribution is largely a matter of personal preference. I personally use Arch because of its minimalism, performance enhancements, and always current ethos. If you’ve ever visited a Reddit with a concentration on Linux, “BTW, I use Arch” is probably the sentence you read the most. Because it was used so frequently, it was already a meme.

So why did I chose that particular image if I am aware of its flaw? Maybe it was done on purpose. Perhaps you’re still pondering it. There are two good explanations for this. The first is that it doesn’t really matter what distribution you use. A little tip at that point: Create your own partition for your home directory if you’re likely to switch distributions. Sure, you might not like the user interface of one distribution or the package manager of another, but that’s not a dealbreaker, you can easily replace it with some other distribution. Whatever option you pick next, Linux will almost certainly be used. The ideology, such as open source, equality, and freedom, is what counts and persuades the users.

However, despite Arch’s popularity in Linux ricing communities, it comes with major downsides. For example, you’ll need to set up even basic tools for functions like displaying graphical user interface-based programs yourself. It’s not made for real beginners in Linux. Archinstall, a still pretty new way of installing Arch, simplifies this process for you, but hooking up your notebook to an external monitor doesn’t just work on its own (unless you’ve chosen a desktop environment instead of a more lightweight window manager). I once asked someone if the distribution he used was Arch based, because I didn’t recognize the interface, and guess what his answer was: “Haha, no, I still have a life”. Yes, he’s right, Arch, indeed, is time-consuming to set up. However, it is worth it in my opinion. The degree of freedom you’ll end up with on your system is just astonishing. You can basically choose anything, right from the design of your home screen to really low-level features like your file system.

Many individuals are reluctant to use Linux because of these little annoyances. There are, however, usually workarounds. Support for external monitors would have most likely been possible without any issues if I had instead chosen a more reliable Linux distribution, such as Ubuntu or any other Debian-based one, rather than Arch. If I had only spent a little more time and effort building up some reliable tools to adjust the display output, it probably would have also worked with Arch. Additionally, the majority of open-sourced alternatives to Windows and macOS-only closed-source applications are often adequate for Linux.

In order to arrive at a stability conclusion, it must be said that even though Linux is less reliable than macOS or Windows, it is still not unstable. Distributions like Ubuntu, in particular, excel in making routine chores simple to complete, especially for non-developer users. There is virtually minimal risk of your data being used for purposes you didn’t authorise because Linux is an open-source kernel and most, if not all, distributions are consequently open-sourced as well. Maybe it’s just me, but if Google, on my Android phone, sent me an email with a link to the Google Maps app that displayed a timeline and the precise routes to every location I visited during the last five years, I’d be at least as worried as I’d be amused.

Your data won’t merely be stored on any cloud server by Linux distributions. Your data is your property. That is also one of the reasons that almost all server farms run Linux instead of Windows. You don’t want to give Microsoft access to your private information. Linux respects a variety of things, not just privacy. You can virtually adjust everything, as I already explained. You’ll have the opportunity to assemble your own ideal system. You can fully alter the way your terminal functions and appears, as well as the display manager (which controls the lock-screen) and even the protocol used to show the windows for your programmes. A lot of fun is also had with the adjustments that are depending on looks.

You might think, “Haha, I can customize my windows desktop too!”, but let the following sink in for a moment. With every widget you add to rainmeter, with every new program you add to customize something, doesn’t your PC get slower? Doesn’t it feel more clunky and stuffed with unnecessary features? That’s because you add in all these customizations on top of windows, you don’t replace Window’s tool. Under Linux you can actually change the unused tools and therefore completely swap them, resulting in your computer not losing any performance on customizing.

How to Disable Bing Search From Windows 11