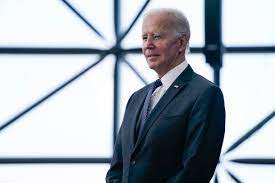 News Tech: The Biden administration is ordering a panel that screens foreign investment for national security risks to heighten scrutiny of deals that may give China and other adversaries access to critical technologies or may endanger supply chains and personal data. An executive order signed by President Biden on Thursday doesn`t expand the purview of the Committee on Foreign Investment in the U.S. Rather, it is intended to sharpen the interagency panel`s focus on administration priorities and signal to businesses the types of transactions that might deserve added screening, administration officials said.

While the order doesn`t single out particular foreign countries, an explanation of the measure provided by the White House mentions the risks presented by foreign investors from “competitor or adversary nations.” Its specifics—protecting supply chains, Americans` data, and technologies like semiconductors, artificial intelligence, and biotechnology—are areas where the administration and other U.S. officials have previously raised concerns about Chinese investment and espionage. “Foreign investment is essential to supporting American workers, businesses, and growth in the United States,” said an administration official.

Thursday`s executive order focuses on foreign investment in the U.S. and is meant “to ensure that Cfius remains an effective tool to combat these threats now and in the future,” the White House said in its explanation of the order. A particular concern cited is the security of supply chains and whether an investment might give a foreign entity control of critical manufacturing capabilities, mineral resources, or technologies.

“But… a number of countries are leveraging our open investment ecosystem to advance their national security priorities in ways that are directly at odds with our values ​​and interests”. As part of the guidance, the order directs the committee to review investments that may pose a cybersecurity risk, another area in which China is active, and to look for patterns to see if there are any whether a foreign company or country is trying to acquire several companies in a sector.

How to Kill the Vampire Survivors Ender Boss