Android 14 and Pixel Tablet may not support 32-bit apps 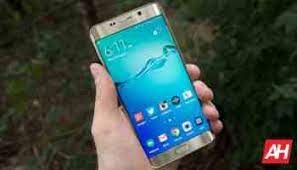 News Tech: Google revealed that the Pixel Tablet will join the Pixel handsets, Pixel Buds, and Pixel Watch in 2023 as part of its effort to complete the Pixel ecosystem. A curious sentence discovered in a Google commit reads, “Move tangor to 64-bit only,” according to a tweet from Esper’s Senior Technical Editor Mishaal Rahman (via ars technica).

Considering that tangor is the codename for the Pixel Tablet, the message is clear. Apple moved iOS to 64-bit only in 2017 with iOS 11 leaving a number of 32-bit apps in the App Store for those who decided not to update to the latest iOS version for one reason or another. Eventually, those apps dealt with this change by developing a 64-bit app, or they withered away.

Rahman also tweeted about another commit for Android 14 that proposes that manufacturers build 32-bit Android phones only on devices that feature 3GB of RAM or less. Since most Android phones have 4GB of RAM or more, there is a good chance that next year will see 2023’s Android 14 move to 64-bit as well. The good news is that most chipsets used on Android phones will support 64-bit and some of the silicon used on flagship phones are reducing their 32-bit support. For example, top-of-the-line chips following ARMs architecture are phasing out 32-bit support which is found on only three of the eight cores with the remaining five cores supporting 64-bit only. ARM is looking to drop 32-bit support from its flagship architecture, but Qualcomm, the designer of Snapdragon chips, is not on board.

Use multi-stop routing in iOS 16 with Apple Maps

How to Setup or Reset Xbox One Passkey

Get Rid Of Hollow Arrow On iPhone

How to remove background from image on iOS