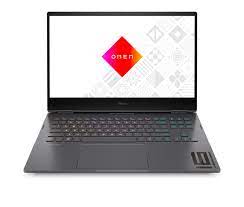 News Tech: A can of air is HP’s most recent invention—a product unlike any other. Airbyomen.com has thousands of cans of “artisan gaming air” available while supplies last. The purpose of the prank is to raise awareness of the Omen 16, a new gaming laptop that was unveiled earlier this summer and cools itself using outside air. The justification is that using subpar fuel in a brand-new Porsche wouldn’t be wise. Thus, you require Omen’s Air.

“We thought it would be fun to subvert the stereotypes of how the bombastic major tech brands announce their new products and innovations. You know, the ones that celebrate that incredible extra half inch of screen or that life-changing extra MP on your phone’s camera,” say Bertie Scrase and Christen Brestrup, creative directors at Wieden+Kennedy, Portland. “We took inspiration from those types of breakthrough announcements and turned the dial to 11 in the most ‘Omen’ way possible.”Both the spots, and the Omen Air, have officially gone live at airbyomen.com, where fans can get a free four-pack of air until October 31.

Created by Wieden+Kenned, Portland the stunt is supported by three spots that echo Adult Swim humor replete with lo-fi production, dated tropes and surrealism drenched satire. The full-length “Instructional” video shows gamers how to “properly” use an inventive product like Omen Air. The spots were directed by Mike Egan, who has a “deep affinity for oddball characters,” according to his website. The Omen Air spokesman, “Michael Prezentashun,” is a prime example. Prezentashun says in the ad, “the layperson may think a can of air by Omen is empty. Poor babies. They can’t feel the truth.” The shorter ads, “Air is Powerful” and “Crack it Open” are equally absurd, as Prezentashun smells the can’s contents and does his best to show off its versatility and quality.

See also  Given Time will officially launch as a free DLC expansion for JETT: The Far Shore in 2023

“Air—one of the most important substances we need to survive whether it’s in life itself or the world of gaming,” says Ladd Martin, head of global gaming and software marketing at HP. “Not only does air help us breathe – it’s critical to the Omen 16 laptop’s finely crafted cooling system. With this campaign, we want to show gamers everywhere why our new Omen 16 laptop deserves high-quality, artisanal air for the ultimate gaming experience.”

How to Parse Excel Data

News Tech: A fashion show will be held in Northern Virginia on Sunday...
Blogs

News Tech: A fashion show will be held in Northern Virginia on Sunday...
Blogs

In this article, we'll show you how Fix "All cameras are reserved" error in...
Business