Home News Sports Closer Seranthony Domnguez is placed on the injured list for the Phillies... 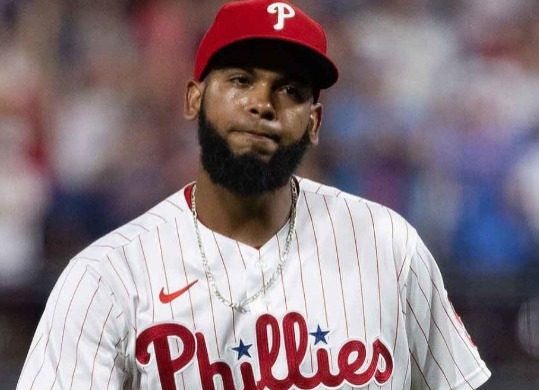 News Sports: The Philadelphia Phillies’ bullpen had two hits on Sunday. The club has announced that right-hander Cory Nevel has been moved to the 60-day injured list and will not play again this season due to a torn shoulder capsule, while right-hander Seranthony Dominguez A sore triceps put him on the 15-day injured list.

Dominguez, 27, was the Phillies’ most effective backer in 2022, with manager Rob he serving as Thomson’s main closer. In his 44 innings so far, Dominguez posted his 1.64 ERA (251 ERA+) and had no earned runs. Our own Mike Axia recently named Dominguez one of the keys to the team’s success since Thomson took over from Joe Girardi in early June. While it can be a concern, Dominguez’s injury does not appear to be cause for concern at this time as the club hope he will only need a minimal stay at IL. The bullpen came at a bad time for the Phillies. They will enter Sunday’s series finals against the New York Mets as his second wild card for his position in the National League, but San Diego, who is third and in last position, is just half a game ahead of the Padres. By a margin, he is 2.5 games behind the Milwaukee Brewers. .

Knoebel, who will undergo stem cell therapy to avoid surgery, scored for the Phillies early in the season. In 2022 he posted a 3.43 ERA (120 ERA+) in 44 2/3 innings and his K/BB ratio of 1.46. The injury could end his Philadelphia career as he qualifies for free agency next season.

Meanwhile, after his contract with the Mets ended, the Phillies began his streak of playing 22 straight games against a team that is now record-losing, and superstar Bryce said his Harper will return to rehab this week after his stint. I plan to start.

On Homecoming night, the Huskies won 14-0

Shakur Stevenson dominates Robson Conceicao after losing the titles due to...

Climate change During the opening day of the Laver Cup, protesters...

England start Jude Bellingham and Harry Maguire against Italy in the...