See also  Users who do not file and pay taxes on crypto transactions will be subpoenaed by the IRS
More
HomeNewsScience and SpaceWith Texas, Centene settles Medicaid fraud charges for $165 million 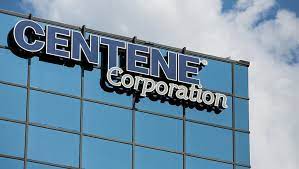 In Science and Space: In order to end an inquiry into whether Centene Corp.’s business operations violated Texas’ Medicaid fraud prevention law, the company will pay $165.6 million to the state.

With the signing of the deal, Texas becomes Centene’s 12th state to settle pharmacy billing disputes.

The largest Medicaid insurer in the country has paid out the most money in relation to its practises on drug pricing. The agreement was signed on July 11 but wasn’t made public until Monday after KHN started investigating after obtaining a copy of the settlement through a Texas public records request.

Numerous inquiries about the Texas settlement on Monday went unanswered by Centene. However, it has consistently denied wrongdoing in settlement agreements. Last year, Centene President and COO Brent Layton said that agreements in Ohio and Mississippi reflected the company’s “commitment to making the delivery of healthcare local, simple, and transparent” and allowed it to keep up its “relentless focus on delivering high-quality outcomes to our members.”

The initial agreements with the corporation were made in 2021 with Mississippi and Ohio. Before the agreement with Texas, Centene’s greatest public settlement sum was the $88 million company agreed to pay Ohio.

According to Joey Mattingly, associate professor at the University of Maryland School of Pharmacy, the settlements do not specifically address how the firm may have overcharged states or violated the terms of its contracts. There are numerous ways to overcharge Medicaid, according to Mattingly. “The fact that there are so many states is really wonderful.” It’s not anticipated that Centene’s PBM deal with Texas would be its last. Centene stated that it was “in conversations to bring definitive resolution” to prescription billing issues in “additional affected states” in a July filing with the U.S. Securities and Exchange Commission, but did not name any specific states. In 2021, it allocated $1.25 billion for the pharmaceutical benefit manager settlements.

California may be one of the other states looking into Centene’s role in offering pharmacy benefits to its Medicaid enrollees, according to a KHN article from earlier this month. Florida and South Carolina have inked contracts with Liston & Deas, a Mississippi-based law firm that has defended other states in its pharmaceutical benefit investigations into Centene, including Texas. The business partnerships have not yet ended as a result of the settlements. Following the resolution of the pharmaceutical benefit accusations, the business renewed significant state managed-care contracts in Ohio and Mississippi.

Even after the July settlement over its prescription medication management, Centene only last week disclosed that Texas has renewed the agreement with its Texas affiliate, Superior HealthPlan, to provide medical care to children and youths in foster care. The financial details of the new arrangement were not made public by Centene. The federal government is anticipated to receive an undisclosed sum from the Texas prescription drug settlement due to its assistance in funding Medicaid. In accordance with the terms of their contract, Centene was due to pay Texas half of the settlement amount in August.

Pharmacy benefit managers in general have come under more and more scrutiny. The pharmacy benefit management sector’s effect on customer access to prescription medications and medication pricing was the subject of a Federal Trade Commission investigation that was announced in June. The issue of drug cost in our nation is being acknowledged more and more, according to Erin Trish, an associate professor at the University of Southern California School of Pharmacy. “This is actually a rather concentrated and dysfunctional industry that has been shrouded in mystery and secret for the past ten years or more,” the author claims.

Attorney General Ken Paxton issued a statement in which he said, “The outcomes we obtained in this case send a clear message to providers that Texas demands transparency from its Medicaid partners as required by Texas law.” The agency declined to elaborate on why it delayed disclosing the payment. According to Antonio Ciaccia, owner of 3 Axis Advisors, a consulting company that has worked with Liston & Deas on medication billing difficulties, Centene likely agreed to pay more to Texas than Ohio because of the greater volume of prescription drug claims there.

How to Change display frame rate in Windows 11

In Science and Space: Anyone watching the Space Week program can’t help but...
Business

News Tech: According to the police, the proprietor of an auto repair company...
Blogs

News Tech: The U.S. Commodities Futures Trading Commission has developed a theory to...

In Science and Space: Anyone watching the Space Week program can’t help but...
Business

News Tech: According to the police, the proprietor of an auto repair company...
Blogs

In Science and Space: At this point, U.S. Attorney Duane A. Evans announced...