See also  In the first half of 2022, AC sales reached a record 6 million units in the sweltering heat
More
HomeNewsScience and SpaceFunds from opiate settlements go into local government accounts 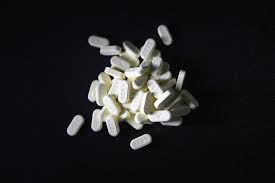 In Science and Space: It’s neither a lucky break nor looted cash. The millions that started appearing in local government bank accounts in recent months come at a heartbreaking price.

The state, all 100 of its counties, and an additional 17 municipalities—some towns and cities cast their lot with their home counties—will all participate in the $757.7 million that pharma corporations would pay over the following 18 years, according to a negotiated deal.

From a $26 billion nationwide settlement paid by pharmaceutical firms for their clear involvement in sparking an opioid crisis that continues to take the lives of eight North Carolinians every single day, the first instalments were wired in the spring and summer.

The money must be used for things like treatment programmes, harm reduction, and drug usage prevention as part of the terms of that agreement.

Sadness, suffering, and death are all along the path leading to this moment. Since 1999, overdoses have claimed the lives of nearly 932,000 Americans, including 28,000 in North Carolina.

Drug misuse increased dramatically as a result of the broad marketing of opioids and painkillers by pharmaceutical corporations, which government attorneys have used as evidence in lawsuits over misleading marketing tactics. For millions of people who were dependent on prescription narcotics like OxyContin, Vicodin, and Percocet, heroin and fentanyl, to name just two well-known killers, emerged as preferred substances and less expensive alternatives.

As soon as the issue became apparent, the U.S. State attorneys general, including Josh Stein of North Carolina, and the Department of Justice both began extensive investigations into major pharmaceutical corporations. Following were lawsuits filed by municipalities, cities, and counties whose meagre resources were strained due to increased expenditures for law enforcement and public health.

The $26 billion fund that is now being allocated to state and municipal governments is the outcome. Once the attorneys have finished navigating the bankruptcy process, more is likely. Thousands of North Carolinians have died as a result of the opioid epidemic, according to Attorney General Josh Stein, who announced the settlement in 2020. “These settlements will provide much-needed programmes and services to North Carolina, even if no amount of money will ever be adequate.”

Others, such as PurduePharma and Mallincrodt, filed for bankruptcy, and legal disputes continue to determine the appropriate sanctions for such businesses. A few businesses, including maker Johnson & Johnson and distributors McKesson, Cardinal Health, and AmerisourceBergen, agreed to settle.

How to enable text suggestions on Windows 11

Program an Arduino on Raspberry Pi

News Tech: According to a new essay published by the Fraser Institute, an...