Europe is considering a major investment in space solar energy 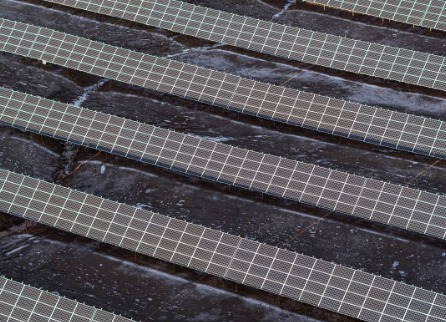 In Science and Space: The head of the European Space Agency said that Europe is seriously considering the development of solar energy in space to increase energy independence and reduce greenhouse gas emissions.

Conceptually, space solar power is quite simple. Satellites orbiting high in the Earth’s atmosphere collect solar energy and convert it into electricity; This energy is then sent back to Earth via microwaves, where it is picked up by photovoltaic cells or antennas and converted into electricity for residential or industrial use. The main advantages of collecting solar energy from space, rather than on the ground, are that there are no nights or clouds to interfere with the collection; and the solar frequency is much higher than in the northern latitudes of continental Europe.

Josef Aschbacher, Director General of the space agency, an intergovernmental organization, said: “It will be up to Europe, the ESA and its member states to push the boundaries of technology to solve one of these problems. most pressing issue facing people on Earth in this generation.” from 22 Member States. Previously, the space agency commissioned studies from consulting groups based in the UK and Germany to assess the costs and benefits of developing solar power in space. The ESA published these studies this week to provide technical and programmatic information to policymakers in Europe. Aschbacher has been working to build support in Europe for solar energy from space as a key to energy decarbonisation and will present its Solaris program to the ESA Council in November. This council sets ESA priorities and funding. According to Aschbacher’s plan, the development of the solar power system will begin in 2025.

Both consultation reports cover the development of the technologies and funding required to begin bringing the space power system online. Europe currently consumes around 3,000 TWh of electricity a year, and reports describe massive installations in geostationary orbit that could meet about a quarter to a third of this demand. The development and implementation of these systems will cost hundreds of billions of euros. Why so much? Because enabling space-based solar would require a constellation of dozens of massive sunlight-collecting satellites located 36,000 kilometers from Earth. Each of these satellites is thought to be 10 times or more massive than the International Space Station, which is 450 tons and took more than a decade to assemble in low Earth orbit. Launching components of these satellites will eventually require hundreds or possibly thousands of heavy rocket launches. The report from UK-based Frazer said: “Using planned space flight capabilities in the short term, such as SpaceX’s Starship and current launch restrictions, the delivery of a satellite It will take four to six years for a planet to reach orbit.” “Delivering the number of satellites to meet the maximum contribution SBSP can make to the energy mix by 2050 will require a 200-fold increase in current space transport capacity.”

How to Repair Corrupt PDF Files on Windows 11/10

Hello everyone, in this article we will tell you how to do it Change...
Science and Space

In Science and Space: A jury on Tuesday began hearings in the case...