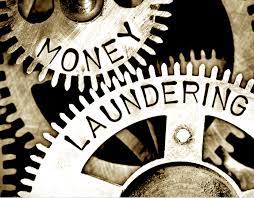 In Science and Space: According to court documents, a Morgan County real estate agent obtained roughly $170,000 in bank loans under false pretences so he could pay back debts to other persons and cover gaps in business accounts. He has been federally accused on accusations of fraud and money laundering. Richard Rednour II is accused by a federal grand jury of engaging in fraud and money laundering after accruing more than $1 million in debt and attempting to pay it off with unlawfully obtained loans. According to court documents, Rednour is accused of taking part in schemes to obtain $169,357 from First National Bank by providing fictitious justifications and misleading financial information on loan applications.

According to court documents, he had ownership stakes in and control over a number of companies, including Rednour and Associates Inc., The Appalachian Group, and the New Leaf Group, each of which had its own accounts at Whitaker Bank.

At the time of the incidents, Rednour was a real estate agent who mediated real estate deals and carried out other real estate management and maintenance tasks, according to court records.

According to court filings, Rednour obtained a sizable amount of the debt by borrowing money from private lenders and buying land. In order to make up the difference on the account, he additionally stole funds from an escrow account and later used funds from a loan.

Rednour obtained two loans from the First National Bank of Grayson, totaling around $169,000, after accruing arrears. According to the indictment, one loan application totaling over $120,000 was submitted in 2018 under his and his spouse’s names.

According to court documents, he said the loan was needed to pay off credit card debt and operating costs associated with a deal his company had with the Kentucky Housing Corporation. According to court records, a further loan application for around $49,000 was authorised in 2019. Rednour said that the loan, which was applied for in the name of New Leaf Group, was a cash-out refinance for “operation capital.”

According to court filings, Rednour willfully attempted to carry out a conspiracy by providing the bank with false information by doing this. In an effort to hide loans as the source of the funds he was using to pay back what he owed in an escrow account for certain real estate deals, Rednour is accused of transferring money from three distinct Whitaker Bank accounts, according to court documents.

In one case, according to court documents, Rednour hid and misrepresented the type, whereabouts, ownership, and origin of the $23,000 transfer of funds from one Whitaker Bank account to the escrow account on January 2, 2019. For all five offences, Rednour faces a maximum sentence of 60 years in jail and fines of $1,750,000. Additionally, he might serve a total of 11 years of supervised release.

According to court documents, Rednour allegedly utilised funds from a bank loan to make up the shortfall. He allegedly did this by transferring funds from three other Whitaker Bank accounts in an effort to hide loans as the source of the funds he was using to pay back what he owed in the account. Rednour had previously taken payments from a person who was buying a house in Stanton and placed the person’s payments in escrow to be held until the deal was finished. However, according to court documents, Rednour took the money out of the account and used it for other purchases. The money needed for the real estate deal was then absent from the account.

How to Stop Automatic App Updates in Android Phones