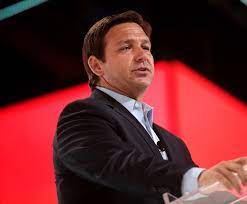 In Science and Space: After two planes transported a group of around 50 people from Texas to Massachusetts last week, Florida House Democrats are asking Republican legislative leaders to reject funding that Governor Ron DeSantis hopes to use to continue transporting migrants.

Since the financial allotment is for transferring persons who are in the country illegally and are discovered in Florida, DeSantis allegedly overstepped his bounds in an effort to “score political points,” according to incoming House Minority Leader Fentrice Driskell, a Democrat from Tampa. She claimed that the majority of those flying to Martha’s Vineyard last week were Venezuelan asylum applicants.

Attorney Driskell stated, “By all accounts and what we’ve learned, these are people who were seeking asylum from persecution in Venezuela and nations like that.”

The letter argues that DeSantis’ claim that individuals sent to Massachusetts may have desired to move to Florida is insufficient justification for relocating asylum seekers.

House Minority Leader Evan Jenne, a Democrat from Dania Beach, stated, “I think there are better methods to integrate people into new communities, especially when you’re talking about folks that had escaped communism, that have fled socialism, had fled tyrants and authoritarians.” On the aircraft on Wednesday, the majority of the migrants were from Venezuela, and there were roughly 10 kids. Before heading to Martha’s Vineyard, they left San Antonio, Texas, and arrived in the town of Crestview in the Florida Panhandle.

According to state documents, on September 8 the Florida Department of Transportation paid a business $615,000 for the “relocation of unlawful aliens.” DeSantis joined Republican governors Greg Abbott of Texas and Doug Ducey of Arizona in moving the migrants, who had bused them to cities like New York and Washington, D.C.

DeSantis defended the relocation effort in a speech on Friday in Daytona Beach, which followed months of criticism of the Biden Administration’s handling of immigration and border issues from DeSantis and Florida Attorney General Ashley Moody. They have partially targeted the White House’s efforts to undo a former President Donald Trump’s policy that barred refugees from requesting asylum. DeSantis made a distinction between asylum seekers and other migrants who, in his opinion, have abused the asylum process without naming Venezuela.

DeSantis stated that the authorities searched San Antonio for migrants who might have been trying to get to Florida. During the Democrats’ conference call on Monday, Lisette Bonano, a Republican challenging Driskell in House District 67, expressed support for DeSantis’ actions.

“Therefore, you’ll have people who are in a lot of safe nations and who keep moving from one secure country to the next before attempting to apply for asylum in the United States. That’s not how it operates, said DeSantis. Since the majority of these asylum claims are invalid, as we all know and no one contests, President Trump’s strategy of telling people to stay in Mexico until he formulates his policy was actually the appropriate one. And that’s how things ought to be. “There are many refugees here. And then there are those that leave Cuba and wind up in the Keys. And they’re looking for refuge. And many of them make convincing arguments. But I believe that the asylum procedure is being exploited because they have received training from activist groups to do so, according to DeSantis.

How to Block Websites on Desktop Browsers

News Tech: Max Homa was already throaty before the putt had crossed the...

Hello everyone, in this article we will show you how Enable/disable extension bar menu...
Science and Space

In Science and Space: Anyone watching the Space Week program can’t help but...