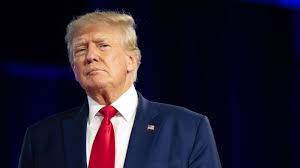 News Politics: There hasn’t been any clarification regarding the potential legal risk that former President Donald Trump is facing in the two weeks since the FBI searched Mar-a-Lago. But that incident, along with mounting pressure on other fronts from Georgia to New York to Washington, has contributed to the creation of lanes in a 2024 field that Trump most definitely won’t control alone. Sens. Ted Cruz and Josh Hawley are two Trump-supportive Republicans who have renewed their attacks on the FBI. And Florida Governor Ron DeSantis has taken a similar approach, incorporating criticism of what he calls a “weaponized” Department of Justice into his broader campaign messaging. DeSantis will learn his opponent in his re-election bid on Tuesday.

Then there’s Wyoming Republican Rep. Liz Cheney, fresh off her primary loss but making clear her work against those who deny the legitimacy of the 2020 election will carry through 2022 and, of course, 2024. In an interview with ABC News’ Jonathan Karl on “This Week,” she labeled Cruz and Hawley as “unfit for future office” and called out DeSantis for “right now campaigning for election-deniers.”

Trump’s Vice President Mike Pence is hedging on the Mar-a-Lago raid, however, telling ABC News in Iowa on Friday that while he’s “deeply troubled” by the federal operation at Trump’s home, “The calls to defund the FBI are just as wrong as calls to defund the police.”

Cheney declined to say whether a potential presidential run would take her through the Republican primaries or a campaign as an independent, though she said she realizes why the Republican National Committee would work to keep her off a debate stage that includes Trump.

“We can’t just stand idly by while woke ideology ravages every institution in our society,” DeSantis said at his Pennsylvania event on Friday, sticking to a message about cultural issues which he’s made a focus of his gubernatorial term and reelection effort.

Former Vice President Pence campaigned last week at the Iowa State Fair with GOP Sen. Chuck Grassley — though his appearance was shadowed, yet again, by his former running mate. While Trump faces mounting legal problems, Pence blasted those critics — many of them Republicans — of the FBI in the wake of the Mar-a-Lago raid. He also said he didn’t take classified information from office, the very thing the Department of Justice is investigating in relation to its search of Trump’s home. Pence did all of this while avoiding giving definitive answers on whether he’ll make a run for the White House. “After the first of the year, my family and I’ll do as we’ve always done, and that is reflect and pray on where we might next serve, where we might next contribute,” he said. The challenge, should either he or DeSantis launch a GOP primary bid, is garnering significant support in a party that is still very much aligned with Trump, who has repeatedly hinted at a run of his own.

“If it were between Pence and Trump, I would vote for Trump,” Iowa fairgoer Deb Taylor said in a recent interview with ABC News.That sentiment is a demonstration of how arduous a path Pence or DeSantis could have to a GOP presidential nomination with Trump still in the picture.

How to check HDR supported on Windows 11

How to Delete Temporary Files on Windows 11

Turn on /Use Color Filters on Windows 11