More
HomeNewsPoliticsThe nonpartisan school board election may appear more politicized when votes are... 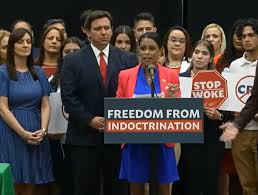 News Politics: Although local school boards are meant to be nonpartisan, Governor Ron DeSantis broke the mould by backing candidates who aligned with his conservative worldview. But as Tuesday’s primary election draws near, Floridians will find out whether the well-known endorsements add a partisan layer to school boards or maintain the current status quo. Republican DeSantis is doing all in his power to convince local communities to support some of his chosen candidates, perhaps as a strategy to disqualify school board candidates who the Governor believes are liberal to progressive. DeSantis participated in the weekend campaign events for a number of local board elections that he has backed recently. DeSantis has backed 30 candidates overall.

Sunday, DeSantis’s campaign Twitter page posted a photo of himself at a campaign rally in Sarasota, with the comment: “Sarasota County parents are ready to elect school board members who are going to ensure our schools provide a great education for our kids, not a woke indoctrination. Thanks to all who came out to join us today!” He had a similar Twitter campaign post for Volusia, Miami-Dade, and Duval counties.

“To my knowledge, we’ve not seen a Governor travel the state and hold rallies for local races other than for the state legislature,” said Andrea Messina, chief executive officer for the Florida School Boards Association. “I’ve not seen that level of involvement and engagement from the executive office until this year.”

“I would hope in the future that we don’t see governors interfering in local school board elections and using them for culture wars – but that’s what’s happening right now,” Williams told the Phoenix.

How to Cast Android to Windows 11