Legal and political risks await Twitter in the whistleblower case 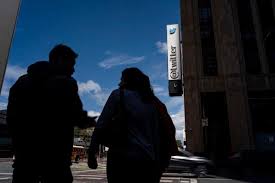 News Politics: Wide-ranging repercussions will result from a whistleblower claim made by Twitter’s former head of security, who alleges serious flaws in the social media company’s management of users’ personal data.

US house representatives confirmed the whistle-blower complaint in a joint statement from Frank Pallone and Cathy McMorris Rodgers, the top Democrat and Republican on a house panel that received the report. “The energy & commerce committee is actively reviewing the Twitter whistle-blower disclosure and assessing next steps,” they wrote. “There are still a lot of unknowns and questions that need to be answered. Many of these allegations, if true, are alarming and reaffirm the need for congress to pass comprehensive national consumer privacy legislation to protect Americans’ online data.”

The legal team for Elon Musk, who is attempting to renegotiate his agreement to acquire Twitter, was encouraged by the allegations, and US senators promised to look into them. The greatest intraday decline in more than a month occurred on Tuesday, when Twitter shares dropped as much as 5%. A copy of the complaint shows that Peiter Zatko, the former CEO, said that Twitter’s defences against hackers and other sloppy security practises had “egregious inadequacies.” Zatko said that he had forewarned coworkers about the fact that some of Twitter’s servers were using outdated software and that executives had kept secrets about security vulnerabilities and a lack of backups.

Thousands of employees also had access to core company software, which led to hacks of high-profile users, according to the report. The Washington Post, which first reported on the complaint along with CNN, said it was sent to the US Securities and Exchange Commission, the justice department and the Federal Trade Commission. The DOJ and FTC declined to comment. The SEC didn’t immediately respond to a request.

How to Enable or Disable Hotspot in Windows 11

News Tech: Hurricane Ian seems to have spared Walt Disney World and other...

In Science and Space: “On Earth, there is gravity that makes poses work....
Blogs

Hello everyone, in this article we will show you how Open Registry Editor in...