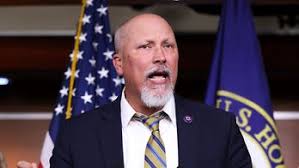 News Politics: Nearly three years after the COVID-19 pandemic began, the Biden administration is still pursuing COVID-19 vaccination mandates, and House conservatives are preparing for a fight over those mandates from the perspective of a prospective GOP majority in 2023. The House Freedom Caucus says it intends to make that conflict—particularly the military mandate—one of its primary concerns. Members claim they will exert pressure on President Biden, Democrats, and their own party leadership by using their clout over spending measures that must be approved.
The vaccination mandate “will become a central topic of discussion in every single spending struggle, of which there will be countless ones,” said Scott Perry, R-Pa., chair of the House Freedom Caucus.
The military’s requirement for vaccines, according to Perry, is a

Rep. Ronny Jackson, R-Texas, said he believes the military mandate is particularly egregious because the military is made up largely of healthy young people. He demanded that Congress fight to give “back pay” and “active duty jobs” to anyone discharged for the vaccine mandate.

Punishing our incredible service members because they declined to take an unproven, experimental vaccine was totally wrong,” Rep. Lauren Boebert. R-Colo., told Fox News Digital. “In the majority, conservatives will make it a priority to end federal COVID vaccine mandates, reinstate these brave men and women, and ensure they’re made whole.”

A House GOP leadership source said Republicans, including leadership, will aim to use mechanisms like the National Defense Authorization Act or government funding bills to roll back vaccine mandates. This will be on top of aggressive investigations into entities like the CDC over their COVID response, the source said.

The margin of a House GOP majority may be key for how much leverage Freedom Caucus members like Roy have in 2023 or how much leeway top Republicans have in trying to push through funding bills over their objections. But R Street Institute senior fellow for governance James Wallner said such debate is healthy for the party and the country.

Leadership is in a different position than the Freedom Caucus. They have a different job to do,” Wallner said. “I would argue both jobs are absolutely essential. “You need the Freedom Caucus to push and hold the leadership’s feet to the fire. You need the leadership to do the difficult task of forming coalitions and getting people who don’t always agree … to come along and actually get those votes.”The November elections are still a few months away, and political headwinds appear to be shifting in Democrats’ direction.

How to Enable Nearby sharing on Windows 11

Use Numeric Keypad as a Mouse on Windows 11

Set Up a Water Cooled