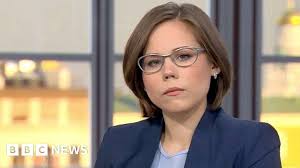 News Politics: I am a specialist in international relations as well as a political observer of the International Eurasianist Movement. I appear on Russian, Pakistani, Turkish, Chinese, and Indian television channels in this capacity. In reality, the situation in Ukraine is a conflict of civilizations between globalist and Eurasian culture. In an interview with an obscure far-right Breton website, Breizh-info.com, Daria Dugina, who was killed on Saturday night outside of Moscow by a vehicle bomb, identified herself in that way last May. (In far-right Russian circles, the term “globalist” refers to NATO, the United States, or “the West”; “Eurasian” is only a more inclusive way of meaning “Russian”). Probably targeting her father Alexander Dugin, the 29-year-old philosopher and journalist was killed by a car bomb.

But Daria Neoplatonova (Dugina’s pseudonym as a writer) was not murdered for saying “The main line of thought in late Neoplatonist political philosophy is the development of the idea of a homology of the soul and the state and the existence of a similar threefold order in both.” Her father was not targeted for his dangerous ideas either.

The “path of truth” they were both on was Neoplatonism, a style of early Christian mysticism so abstruse and absurd that I will not try to explain it here beyond saying it’s big on ideal forms and not so keen on matter. It remained fashionable in parts of the Orthodox church, and has recently found favor with Russian ultranationalists.

I never met Dugina, but I interviewed her father about a dozen years ago, when he was still believed to be close to Vladimir Putin. (He certainly isn’t now, and has even lost his job at Moscow State University.) My Russian was pretty rusty by then, so I took an interpreter along to the interview in his modest flat.

News Tech: Guerrilla Games, the company behind Horzion, might be creating a new...
Business

Hello everyone, in this article we will show you how to lock or log...
Tech News

News Tech: The search engine monopolist still has the right to gripe despite...

News Tech: Guerrilla Games, the company behind Horzion, might be creating a new...
Business

Hello everyone, in this article we will show you how to lock or log...
Tech News

News Tech: Stroock welcomed Andrew Owens as a partner in its Financial Services...