See also  Russian sanctions burst the ultra-private bubble of the luxury jet industry
More
HomeNewsBusinessYen, the franc on the back foot in anticipation of a reduction...

Yen, the franc on the back foot in anticipation of a reduction in hostilities in Ukraine 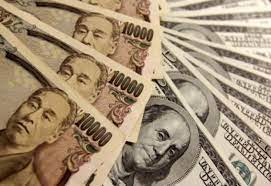 News Tech: The safe-haven yen reversed course on Friday, giving up some of its gains from the start of the week as markets seemed to welcome news of US-Russia talks over Ukraine, helping investors with other risk-friendly assets, including the Australian dollar. The dollar rose 0.2 percent against the yen and touched 115.27 yen earlier, after hitting a two-week low of 114.78 in early Friday trading. The yen and its safe-haven rival, the Swiss franc, have rallied this week amid heavy tensions at the Ukraine border, although the dollar has gained 0.12% against the franc on Friday.

One factor contributing to the shift in tone was the US State Department, which said late Thursday that Secretary of State Antony Blinken had accepted an invitation to meet with Russian Foreign Minister Sergei Lavrov next week on the condition that Russia does not invade Ukraine. It brought some relief after a tumultuous Thursday following gun battles between Kyiv forces and pro-Russian separatists. While the two have been at war for years and the ceasefire is periodically broken, hostilities have raised fears in the West of an impending Russian invasion.

“There was a bit of a reversal today, possibly because we don’t see any real tracking of weakness in the US equity markets in the afternoon, as the rhetoric increased on both sides and we have a big risk of a sell-off,” said Ray Attrill, head of FX strategy at National Australia Bank. and Europe. The Australian dollar rose 0.27% on Friday, in line with the “risk-on” mood, as e-mini futures for the S&P500 index gained 0.7% and spot gold lost 0.4 %.

See also  What to watch out for on March 17

US President Joe Biden said that Moscow was preparing a pretext to justify a possible attack. As a result, the S&P 500 suffered its biggest daily percentage drop in two weeks on Thursday and gold rallied. The euro continued its volatile trading week based on Ukrainian headlines and was at $1.1365 on Friday, while the pound was at $1.3605, supported by markets placing bets on monetary tightening from the Bank of England.

Register a Portable app as Default Program in Windows 11