Wipro to fire 300 employees for allegedly ‘working for competitors’ 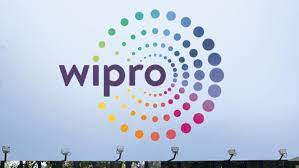 News Tech: Rishad Premji, chairman of Wipro, stated on Wednesday that 300 employees of the company were also discovered to be working concurrently for one of its rivals. Premji steadfastly maintained that moonlighting is “total violation of integrity in its deepest form.”

Later, the chief executive of Wipro claimed that in those particular cases of breach, action had been taken by ending their services.

Speaking at an AIMA event, Premji made it clear that the company had no place for such workers who even while working for Wipro chose to directly work for rivals simultaneously. Premji has been a vocal opponent of moonlighting (the practise of techies taking up side gigs to work more than one job at a time).

Premji added, calling it a “complete violation of integrity in its deepest form” that “there are people working for Wipro today who are directly working for one of our competitors, and we have actually uncovered 300 people in the last three months who are doing just that.”

To emphasise the point, it also highlighted the pertinent language from the offer letter.

The email from Infosys had stated that “Any breach of these provisions would result in disciplinary action, which may possibly result in termination of employment.” IBM India joined the clamour in condemning moonlighting as a bad practise.

Sandip Patel, the managing director of IBM for India and South Asia, had made the argument that when new workers sign on with the business, they promise to work only for IBM. Regardless of what people can accomplish with their free time, Patel had stated that it was unethical to moonlight. However, not everyone concurred.

In a recent tweet, Tech Mahindra CEO CP Gurnani stated that it is important to adapt to the times and added, “I welcome disruption in the methods we work.” Premji sought to clarify why he took a strong stance on the moonlighting problem on Wednesday when addressing at AIMA’s (All India Management Association) National Management Convention, saying his opinion was “meant more truly that people don’t moonlight.”

The term “moonlighting” refers to working a second job covertly. As part of transparency, people can speak openly and honestly about things like being in a band or working “on a project over the weekend,” he said. Whether it works for them as an organisation or not, he said, “that is an open conversation that the organisation and the person can make a concerted choice about.”

When questioned about the actions taken against employees who were simultaneously working for the company and its competitors, Premji responded that their employment had been terminated for “act of integrity violation” on the sidelines of the event. Premji reaffirmed his previous assertion that moonlighting is a full breach of integrity “in its deepest form” and mentioned a case in which 300 employees were discovered to be working concurrently for Wipro and its rivals.

Change the Desktop Wallpaper in Windows 11

How to Connect Phone Link on Windows 11

Move and Resize Chart in Excel

Hello everyone, in this article we will show you how Mute notifications to specific...
Blogs

Hello everyone, we will discuss how to do it Check the history of recent...
Blogs

Hello everyone, in this article we will tell you how to do it Prevent...