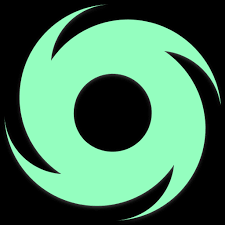 News Tech: The US Treasury Department has sanctioned Tornado Cash, a cryptocurrency mixer, amid claims that it was used to launder money. Among other things, the agency believes that North Korean hackers utilised Tornado Cash to steal $455 million.

Ran Neuner, host of Crypto Banter and CEO of Onchain Capital, expressed alarm about the broader implications of the US government’s decision. He went on to explain that this is the first time that software has been sanctioned, and that “it’s like the US government placing sanctions on the internet.”

According to Steven Sidley, Professor at the University of Johannesburg and Head of the university’s Blockchain and CryptoVerse Research Group, the sanction and subsequent arrests of Tornado Cash developers will have a “massive chilling effect on developers worldwide” in the crypto and DeFi industry. According to Sidley, the notion that governments do not want transactions to be anonymous is “at the hot molten heart at the friction between person and state.”

Sidley further stated that the fines imposed on Tornado Cash were unprecedented and most likely illegal. “It’s the first time OFAC has sanctioned anything that isn’t related to a human individual,” Sidley added. “They’ve approved a piece of neutral code.” It’s never been done before, and it’s unparalleled in legal history. And it’s uncertain whether it would hold up in court, but that’s not why they did it… The government has gone directly to the heart of the matter, essentially saying, “You may not make anonymous payments.”

Arrest of Developer On August 10th, Dutch police detained Tornado Cash developer Alex Pertsev in connection with the US government’s embargo on the protocol.

“The worst aspect is that a developer in Holland got arrested because he wrote Tornado Cash,” Neuner remarked. “It’s so ridiculous that it’s unreal.” Coin Center, a non-profit focusing on cryptocurrency regulation, has filed a lawsuit against the US Treasury over the Tornado Cash punishment.

Concerns over anonymity and privacy also swirl around Central Bank Digital Currencies, which critics claim can be used to track and control individuals. “I believe this lawsuit will succeed,” Sidley remarked. “There will be a chilling effect until they can win that, which might take months or years.” But I believe the administration will finally relent… The whole thing is a farce. And I have some hope that parliamentary justice will win in this case.

Show Windows 11 clock on all Monitors

Set an ‘Out of Office’ reply on Microsoft Outlook

How to use Tab Groups in iOS 15 Safari