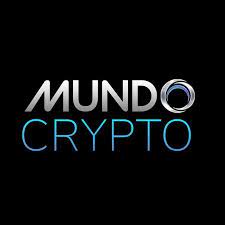 News Tech: The largest in-person virtual reality (VR) event in the world is being hosted by MundoCrypto, the top bitcoin training institution in Spanish-speaking nations, while they also introduce their own Metaverse. On August 27, 2022, at the WiZink Center in Madrid, 7,500 visitors will seek to break a world record in the VR category while also establishing a new world record category involving the Metaverse. Together, they will make history at this event.

The Guinness Book of World Records is sending 15 representatives to attest the precise number of attendees donning MundoCrypto’s branded VR headset in order to validate MundoCrypto’s attempt to break a new world record in this category while also adding the element of the Metaverse (which didn’t exist back in 2017). The VR headgear, which has earplugs for an entirely immersive experience, will be worn by visitors while their smartphones are put into it.

1,867 individuals now hold the Guinness World Record for “the most persons utilising virtual reality displays simultaneously.” On March 3, 2017, Mobileye accomplished it at the 2017 YPO EDGE Event in Vancouver, British Columbia, Canada. The participants saw a movie that put them inside a computerised automobile and showcased Mobileye’s cutting-edge technology for sophisticated collision avoidance systems. Founded in Israel in 1999, Mobileye went public in 2004, and in August of 2017 it was purchased by Intel for USD 15.3 billion.

The event will be produced by Mani Thawani, the founder and CEO of MundoCrypto, and co-hosted by Cristina Pedroche and Jorge Fernández. It will begin at 17:00 CET on August 27 and last until midnight. The whole seven-hour event will be webcast in both English and Spanish to more than 100 countries.

The gaming area will provide attendees a one-of-a-kind experience with a photocall, NFT room, high-level training room, talks by eminent players, and the chance to actively take part in achieving a new world record for the Guinness Book of Records. It goes without saying that it will also be a special chance to network with investors, experts, and business owners from the bitcoin industry.

On the MundoCrypto website, tickets to this exclusive event may be reserved for a refundable cost of EUR 50. (less EUR 3 for processing). When attendees physically check in at the event on August 27, WiZink’s ticketing system will put them in a line for a five-day refund of their registration money.

How to Change Username in Windows 11