See also  Avalanche, Filecoin and Tezos crypto benchmarks will be released by CME Group and CF Benchmarks
More
HomeNewsBusinessThe IMF reports that the correlation between the performance of Asian stock... 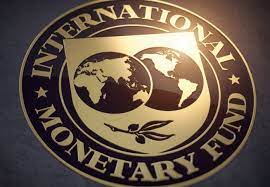 News Tech: According to the IMF, since 2020, before the epidemic, the returns and volatility correlations between Bitcoin and Asian equities markets have dramatically grown.

Given that the connections between volatility and stock markets have tripled, risk aversion may be increasing across the crypto and equities markets.

The return correlations between the Indian stock market and Bitcoin have surged ten times since the epidemic in Asia. According to the IMF, this represents limited benefits of crypto for risk diversification.

As millions of people stayed at home and received government assistance, cryptocurrency trading, along with low interest rates and convenient financing terms, increased, according to the IMF.

To achieve this, authorities have given cryptocurrency regulation more attention, and a regulatory framework is being built, including in the aforementioned nations.

The IMF stated that “much work is also needed to resolve severe data gaps that still impede local and global authorities from fully understanding ownership and usage of cryptocurrency and its confluence with the traditional financial system.” The IMF supports the notion of unambiguous rules governing regulated financial institutions and works to educate and safeguard regular investors.

The IMF stated that the “legal frameworks for cryptocurrencies in Asia should be adapted to the major uses of such assets inside the nations.” In order to be highly effective, cryptocurrency regulation should be carefully coordinated across countries, according to the IMF.

In December, the market value of all cryptocurrencies worldwide reached $3 trillion, a 20-fold increase in only one and a half years. However, it later fell to less than $1 trillion in June as a result of hikes in central bank interest rates meant to control inflation. The IMF has also cautioned countries against using Bitcoin as a substitute for currency issued by central banks.

See also  FTSE 100 gains on gains in energy and healthcare

The Central Bank Digital Currency (CBDC), according to Georgieva, is the most beneficial innovation for a nation’s financial system. The executive said, “Using volatile crypto currencies as money is not advised. The future of money is a prominent theme of the IMF’s Spring Meetings.

IMF Managing Director Kristalina Georgieva has stated that it is not recommended for nations to use cryptocurrencies as a form of payment in the economy. The IMF has reportedly said that crypto assets are an anti-establishment movement that threatens the authority of central banks and their exclusive control of the money supply, according to a May 9 story from Blockchain.News. The usage of Bitcoin carries significant dangers for consumer protection, financial stability, and financial integrity, the international financial organisation said.

Find Out and Remove Spyware on iPhone

Take a screenshot on the Samsung Phone

Twitter said it intended to proceed with Musk’s lawsuit

News Tech: Twitter has asked a Delaware court to allow a trial against...
Blogs

Twitter said it intended to proceed with Musk’s lawsuit

News Tech: Twitter has asked a Delaware court to allow a trial against...
Blogs

Hello everyone, in this article we will show you how Enable/disable extension bar menu...
Business

The use of cryptocurrency in everyday life, such as visas and travel documents

News Tech: The global financial crisis of the last year has resulted in...
Blogs

Hello everyone, in this article we will show you how Stop autoplaying videos in...