The Façade Program awards are trying to improve their business 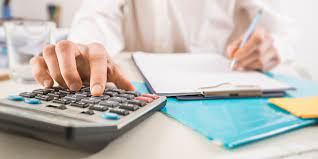 News Tech: Recipients of awards from the Niagara County Façade Program are planning the changes they’ll be making to their companies. The county started the Façade Program earlier this year with the goal of giving local businesses money to make upgrades to their buildings.

The Palace Theater in Lockport was one of the companies that received award letters. The Theater will get $7,300 to assist pay for new awnings in front of the theatre, according to Lizzie Schratz, director of marketing and media at the Palace.

The Façade Program is described as a way to help small companies recover from the Covid epidemic and help draw in new investment on the program’s page on the Niagara County Industrial Development Agency website. 173 local firms in the county were given approval for rewards, which may total up to $50,000 as a dollar-for-dollar match for the funds they intend to invest in their own initiatives.

Our awnings have unquestionably seen better days, and they require replacing immediately, according to Schratz. “We are hopeful that improving the building’s outside would enhance customers’ experiences once they enter and also assist market the downtown area we are fortunate to be located in.”

Owner of Covey’s Cove in Olcott, Michael Rann, indicated that when the improvements are finished, the county will reimburse them. He anticipates that the necessary repairs will be carried out in the fall and might cost as much as $35,000. He wants to purchase a pergola for the patio of his restaurant, rebuild the stairs, put in new windows, doors, and lighting, as well as overall improve the building’s energy efficiency. Even though they are all small things, he said that they add up.

A new roof for their barn is something that Bob Hall of Halls Apple Farm, which also received an award letter, has stated he plans to pay for with programme money. The American Rescue Plan Act provided the $5.2 million that Niagara County allotted for this initiative. The county had allocated $3 million for the initiative initially, but owing to increased interest, it increased that amount by $2.2 million. The program’s application deadline closed in May, and according to the NCIDA website, all available money have been allocated.