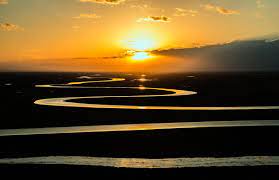 News Tech: When it comes to DEXes in the crypto market, Curve Finance is frequently ranked among the best ones. However, the DEX has been significantly lacklustre for the past month or so.

The dramatic decline in demand for crypto assets following the extreme volatility in crypto values is reflected in Curve’s performance.

As it led the DEXes in Q2, it started to lose favour, but Uniswap has subsequently taken its position.

dangling precariously
Notably, in May 2022, Curve Finance reported a $26.1 billion volume on its exchange.

As of right moment, it doesn’t appear realistic that Curve will be able to reach even $5.25 billion.

At present, it is lagging heavily behind Uniswap among major DEXes. In the past week, Uniswap totaled a volume of $9.4 billion while Curve accounted for just $1.5 billion. While Uniswap has made the most of the bear market in Q2 2022, Curve has fallen far behind. This is further reflected in the weekly chart of Uniswap and Curve since September 2021.

What about CRV?
The bear market headwinds that continue to plague the Curve DEX is also affecting the CRV token. The profitability of CRV holders has dipped to a new low as things stand.

According to Santiment, the MVRV value of the Curve DAO token is -19.95%. This means that over 1/5th of present CRV owners are holding losses with the token value now at $0.99. The falling prices of the CRV have also led to a change in its supply on exchanges.

Since the beginning of July 2022, more than eight million CRV has been put up on exchanges. It represents failing confidence in the token as investors are looking to offload their holdings soon.

Block them on Chrome