See also  Demand for B2B Embedded Finance is increasing, according to Galileo and Juniper Research
More
HomeNewsBusinessHead of local government in Brazil and 'bitcoin pharaoh' suspected of money... 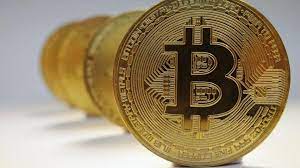 News Tech: Brazilian law enforcement authorities raided the residence of a local government official they believe to be the leader of a criminal organisation that used cryptocurrency assets to launder money, coupled with a notorious figure known as “the Bitcoin Pharaoh.”

The Specialized Action Group for the Combat of Organized Crime, which is operated by the state government in Rio de Janeiro, was one of the organisations that took part in the operation. According to the authorities and public prosecutors, the councillor was the leader of a “criminal organisation” that was in charge of extensive “corruption” and used “fake papers.”

According to Globo, authorities conducted a raid at the residence of Armaço de Bzios councillor Lorram Gomes da Silveira and seized about USD 9,250 in cash.

According to the authorities, the “group” saw the councillor using cryptocurrency as a method for “embezzlement.”

According to the ministry, Lorram is no longer allowed to perform official activities.

In April of last year, the ministry started looking into possible money laundering offences, and they now believe that more City Hall workers may have been involved in the illegal “organisation.” The court, on the other hand, has found that over USD 271,000 of Loram’s assets are “unaccounted for” and could be stashed away in cryptocurrency wallets they have not yet gotten access to.

The “Pharaoh” was imprisoned last year and is currently in court for charges related to a USD 7 billion Ponzi scheme with a cryptocurrency theme that reportedly promised investors 10% returns on their investments. The “Pharaoh” said earlier this month that he intended to run for office as a member of the Christian Democratic Party in the general election in October while still imprisoned, according to FDR.

How to use the Home app on Mac

News Tech: According to a new essay published by the Fraser Institute, an...