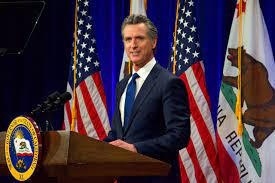 California will get $1.1 billion as part of the federal American Rescue Plan Act of 2021 to promote small companies. The allocation will be split equally between the California Infrastructure and Economic Development Bank (IBank) and the California Pollution Control Financing Authority to support small business credit support programmes. IBank will also launch a new initiative to improve the venture capital ecosystem.

The largest and most diversified small business community in the nation is found in California, according to Governor Newsom. In order to help our businesses recover from the pandemic and to give more Californians a chance at the California Dream, we have committed billions of dollars because we are a state that is driven by small company innovation and entrepreneurship. Underrepresented and underprivileged business owners will now have easier access to the crucial finance they require in order to succeed and prosper.

States can now apply for this federal programme for the second time. The first occurred in 2010, when California submitted an application for and was awarded $168 million to run three state credit-support programmes: the Small Business Loan Guarantee Program, the Collateral Support Program, and the California Capital Access Program (CalCAP) for Small Business.

IBank is requesting lenders, such as community development financial institutions and minority depository institutions, to sign up to use its loan guarantee programme in order to promptly deploy funds and put them in service to small businesses. Certification just needs a one page form.

See also  Changpeng "CZ" Zhao, founder of Binance, talks at TC Sessions about his vision of the potential of web3

Program for Venture Capital IBank will use roughly $200 million of its SSBCI funds to launch a new venture capital programme in addition to its small business loan guarantees. The program’s goal is to build a more inclusive venture capital ecosystem by investing in underrepresented VC managers, entrepreneurs, and business owners, as well as geographical areas that are socioeconomically disadvantaged or that receive very little venture capital funding. Additionally, the initiative will advance climate justice and equity.

IBank Executive Director Scott Wu remarked, “IBank is not only happy to inject new financing into our successful Small Business Loan Guarantee programme, we are also thrilled to introduce this new venture capital programme.” “Venture financing is still out of reach for many businesses, despite California’s dominance in the sector. In the state’s drive for equity, increasing diversity is crucial both in terms of who receives VC investment and in terms of who manages VC money. Success in the SSBCI’s first round (2010)

California used its $168 million from the first round of the SSBCI to fund more than 10,000 loans, resulting in more than $1 billion in total financing and more than 90,000 new or preserved jobs for residents of the Golden State. According to CPCFA Executive Director Shela Tobias-Daniel, “The California Pollution Control Financing Authority is thrilled to have collaborated with IBank for SSBCI 2.0 to deliver funding to California to benefit small companies.” The CPCFA and IBank programmes work in tandem to support different elements of the state’s small business community.

How to enable text suggestions on Windows 11

Hello everyone, in this article we will tell you how to do it Turn...