See also  Australian shares were up 1.8% by midday.
More
HomeNewsBusinessFormula 1 earnings and career earnings for the seven-time Formula 1 champion 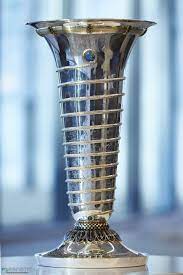 News Tech: Lewis Hamilton left his competitors in his wake off the track in 2015 when he signed the highest-paid deal ever signed by a Formula One driver.

Hamilton’s financial acumen did not stop there, and his earnings have skyrocketed since.

Hamilton is now the highest-paid British athlete in the world, thanks to a three-year, £100 million ($118.3 million) contract.

What information do we have about Hamilton’s net worth? What causes does he support, and what is his interest in the NFL? The balance sheet is shown below.

According to Celebrity Net Worth, Hamilton has a net worth of £241 million ($285 million), which may increase further if he renews his deal with Mercedes.
​

The 37-year-old pondered retiring following the contentious conclusion of the 2021 season, but has since suggested that he may accept to additional terms. In August 2022, he told Vanity Fair, “I’d be lying if I claimed I hadn’t considered extending.” “I’m still on the quest, I still enjoy driving, and it continues to push me. So I don’t think I’ll have to give it up anytime soon.”

As one of the world’s most marketable talents, Hamilton has had a lengthy list of businesses clamouring for collaborations with him over the years. Mercedes-Benz clothing, Tommy Hilfiger fashion brand, and global financial management UBS have all struck multi-million pound partnerships with Hamilton, as have technology company Qualcomm, watchmakers IWC, and audio giants Bose.

The Richest also named Tibco, Wihuri, Puma, and Epson as supporters of Hamilton. According to The Sun, the oil and gas firm Petronas pays Hamilton £55 million ($65 million) to wear their emblem on his outfit.