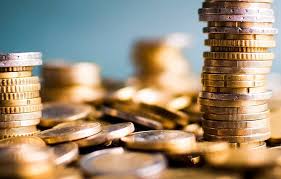 News Tech: The Australian Labor Party (ALP), which has been in office for three months, has finally spoken out about its plans for cryptocurrency legislation.

The token mapping initiative, which is planned to be finished before the year is through, aims to “determine how crypto assets and related services should be governed” and guide future regulatory choices.

A “token mapping” effort was one of the 12 recommendations in a senate inquiry report from last year on “Australia as a Technology and Financial Center,” which Treasurer Jim Chalmers revealed. The industry, which was eager to see if the ALP administration would accept the report, heartily welcomed it.

According to Cointelegraph, Treasury will also start working on some of the other suggestions soon, such as a licencing framework for crypto asset service providers dealing in non-financial product crypto assets, suitable requirements to protect consumer crypto asset custody, and a review of the decentralised autonomous organisation (DAO) company-style structure.

“The Albanese Government is approaching sorting out what is in the ecosystem and what hazards need to be looked at first with a more serious manner.”

Michael Bacina, a partner at Piper Alderman, told Cointelegraph that the token mapping endeavour will be a “critical step” in bridging the substantial knowledge gap between policymakers and regulators. In the current state of blockchain, “Australia punches above its weight, but we have seen regulatory uncertainty lead to enterprises leaving Australia,” he added.

“A reasonable token mapping exercise that assists regulators and policy makers in better understanding the activities they are seeking to regulate as well as how technology interacts with those activities should help regulation be fit for purpose and both support innovation and jobs in Australia while protecting consumers,” he continued. BTC Markets CEO Caroline Bowler said the action echoes pleas from many in the sector for “proportional, proper regulation” of the business.

“Token mapping has several further advantages. It will help enterprises create their own blockchain-based innovations, give direction to digital currency exchanges, and give investors in cryptocurrencies more clarity. It will also help authorities create an acceptable regulatory framework, she added. Aaron Lane, a senior lecturer at the RMIT Blockchain Innovation Hub, thinks the Labor government is using the token mapping process as a sort of stalling tactic:

“Good is progress, but it’s disheartening that we haven’t made more headway toward better regulatory certainty for business and greater consumer safeguards.”
Unfortunately, they had to do a token mapping exercise to buy themselves some time while they caught up.