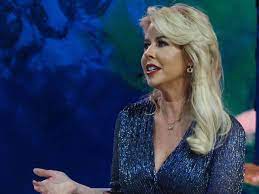 News Tech: One of the most well-known supporters of cryptocurrencies in the 2018 U.S. congressional elections, Michelle Bond, was unsuccessful in her bid to represent the Republican Party in her New York district.
Bond, one of the organisations promoting a crypto-friendly agenda in Washington, received less than 30% of the vote in the election on Tuesday. Bond is the leader of the Association for Digital Asset Markets. She follows a number of other crypto-friendly candidates in losing in congressional primaries as the crucial midterm elections approach their completion later this year, despite considerable industry support. In the general election, Republican Nick LaLota will face Democrat Bridget Fleming for the House seat.

As in some other campaigns during this primary season, such as congressional candidate Carrick Flynn’s very expensive loss in Oregon, the crypto industry’s wagers on Bond led to disappointment.
By early this month, Bond recorded a significant $1.1 million in campaign contributions. Though about $800,000 of that came from her own pocket, according to federal campaign filings, more than $300,000 was donated by other individuals, including a list of prominent crypto and finance names – among them, several executives from FTX and related Alameda Research.
That’s no surprise for somebody working for a crypto advocacy group, but also because Bond’s boyfriend and regular companion on the campaign trail is Ryan Salame, the co-CEO of FTX Digital Markets. (He’s known to be a major contributor to Republican politics, as his $15 million in donations to his American Dream Federal Action political action committee reflect — seemingly at odds with the Democratic support of FTX CEO Sam Bankman-Fried.)
Salame also gave $1.5 million to GMI PAC, which was set up by crypto leaders to support their political efforts. Federal records show that super PAC gave more than $1 million to Crypto Innovation PAC, which bought more than $1 million in outside ads supporting Bond’s campaign.
Other Bond supporters – largely from outside her district – included Daniel Gallagher, a former commissioner at the Securities and Exchange Commission who is chief legal officer at Robinhood, several executives from Multicoin Capital, and a number of lobbyists and lawyers.
The contributors list also featured prominent former Trump administration spokesman-turned-critic, Anthony Scaramucci, and others from his SkyBridge Capital. Scaramucci is also a major backer of the Crypto Innovation PAC.
New York’s 1st Congressional District seat was vacated by Republican Rep. Lee Zeldin when he made a bid for the New York governor’s mansion. Bond easily out-raised and out-spent her chief Republican contender, Nicholas LaLota, who had the support of the more traditional party structure in Suffolk County.
Tuesday’s primaries in New York and Florida were among the last of the state-by-state contests, which will end next month. The midterm’s general election is Nov. 8, when voters will decide which party controls Congress.

Bond would have had a decent chance of making it to Congress the next year if she had won the Republican-leaning seat at the northern tip of Long Island. In the upcoming session, the House is poised to examine legislation that may radically alter how digital assets are integrated into the American financial system.
Despite being her day job, her campaign never explicitly focused on cryptocurrency. Instead, Bond endorsed the tenets of the “Make America Great Again” movement and courted the support of former President Donald Trump’s son, Donald Trump Jr. Her hardline anti-abortion, pro-immigration, and pro-police attitude didn’t always highlight her opinions on the direction of finance.

How to Screen iPhone to LG TV

News Tech: The finance minister of South Korea downplayed the necessity of a...