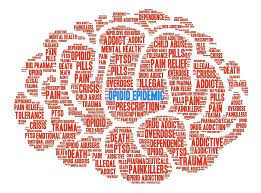 News Tech: Chelan County is eligible to receive a percentage of the settlement funds that opioid distributors around the nation have agreed to pay.

The settlement agreement paves the way for any subsequent opioid settlements, according to Susan Hinkle, deputy prosecuting attorney for Chelan County.

A recently concluded agreement would bring about $430 million to Washington State, which will be distributed among cities and counties.

Hinkle stated, “We already have this framework in place on how to split the shares between local governments. If additional money gets put into court settlements of these class action cases.”

Before the funds can be transferred to the state, a number of requirements must be satisfied.

By the deadline of September 23, all 121 of the cities and counties identified as recipients in the settlement must sign the document. Additionally, all counties and cities must waive any rights they may have against the distributors. Hinkle also adds that there will need to be some regional coordination. According to Hinkle, Chelan County must basically have an interlocal agreement in place with other counties in North Central Washington regarding how we want to use the funds.

All cities and counties that meet the conditions will be referred to as “Participating Local Governments.” All counties, as well as cities with populations of more than 10,000, are eligible for money from the settlement, regardless of whether they took part in a class action lawsuit against the distributers.

Hinkle, who gave a presentation on the settlement to county commissioners Monday, said the city of Wenatchee did not participate in the class action suit, but is in line to get money. Chelan, Douglas, Grant, Okanogan and Kittitas counties in North Central Washington are in line for money in the settlement, while only Chelan and Kittitas counties joined in the class action lawsuit.

The agreement referred to as a “global agreement” is a settlement in Washington State with the three distributors that handled opioids in the state – McKesson Corporation, Cardinal Health, Inc. and AmerisourceBergen Corporation.

How to Change Power Button Settings on Windows 11

How to Stop Automatic Updates in Windows 11