Before facing money laundering charges, the New Orleans minister was the subject of controversy and investigation 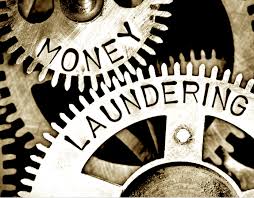 The US Attorney’s Office for the Eastern District of Louisiana this week filed a money laundering complaint against Southall as a result of increased scrutiny of his business operations in recent years.

The Rev. Charles Southall III has been preaching every Sunday in Central City’s First Emanuel Baptist Church to a congregation of hundreds of New Orleanians for more than three decades.

The minimal minimum of information was offered in the charging paperwork, which claimed that Southall moved $100,000 illegally from a bank account into a personal investment account without disclosing the source of the funds.

A bill of information, which typically indicates that someone may be collaborating with the authorities, made the federal charge, but a representative for the US Attorney’s Office declined to provide any other information about it.

The 64-year-old Southall, who took over as the leader of First Emmanuel in 1989, received a charge, but little detail regarding what caused the charge was included in the bill of information. Southall has volunteered with numerous civic organisations in the New Orleans area, including the Delgado Foundation, the Central City Economic Development Partnership, and the Greater New Orleans Faith Based Community Development Corporation, a nonprofit that creates affordable housing, according to his biography on the website of the church, which also has a location in Baton Rouge. He has served as the New Orleans Police Department’s chaplain and gave the invocation at the first inauguration of former Mayor Mitch Landrieu.

At the Edgar P. Harney Spirit of Excellence Academy, a Central City charter school approved by the state Board of Elementary and Secondary Education in 2010, Southall served as board president for several years. The district issued multiple warnings to the school for its financial management during its last years. Authorities discovered that the school was not paying into employee retirement contributions in a timely manner and that bank statements were being routed to Southall’s church on Carondelet Street rather than the institution’s Willow Street address.

Henderson Lewis Jr., the superintendent of the Orleans Parish school system at the time, referred to the D-rated school’s financial management, leadership instability, and non-compliance issues during a community meeting in November 2018 by saying he had “never seen anything like this.” The board eventually voted to revoke the school’s charter after he requested their resignation. Lewis stated in a letter dated Nov. 5, 2018, that the district had reason to believe Southall had used school funds to pay his church’s utility bill and that some of his family members had health insurance through the school, despite the fact that neither he nor any of his family members were employed there. (The board is composed of unpaid volunteers.)

Wyatt claimed in a Tuesday interview that Southall asked her to contact him for money for payroll and other essential operations and that he stored the school’s funds in a separate bank account. It is unclear whether Southall’s management of the school is connected to the federal indictment brought against him. Wyatt, however, claimed that she felt as though her dismissal had been justified. “As a principal, I believed I was acting morally. I had no idea I was stirring up trouble, she claimed.

The letter focuses on complaints made by Ashonta Wyatt, who led the school for approximately four months in 2018. According to court documents, Wyatt said that she was let go after asking about checks that were sent to individuals who did not work at the school, including a board secretary who also worked at Southall’s church. The letter, which was addressed to Leon Cannizzaro, Jr., the district attorney for Orleans Parish at the time, had no legal repercussions. On Wednesday, Cannizzaro did not react to queries.

Prevent Antivirus from Sending Files to Microsoft on Windows 11